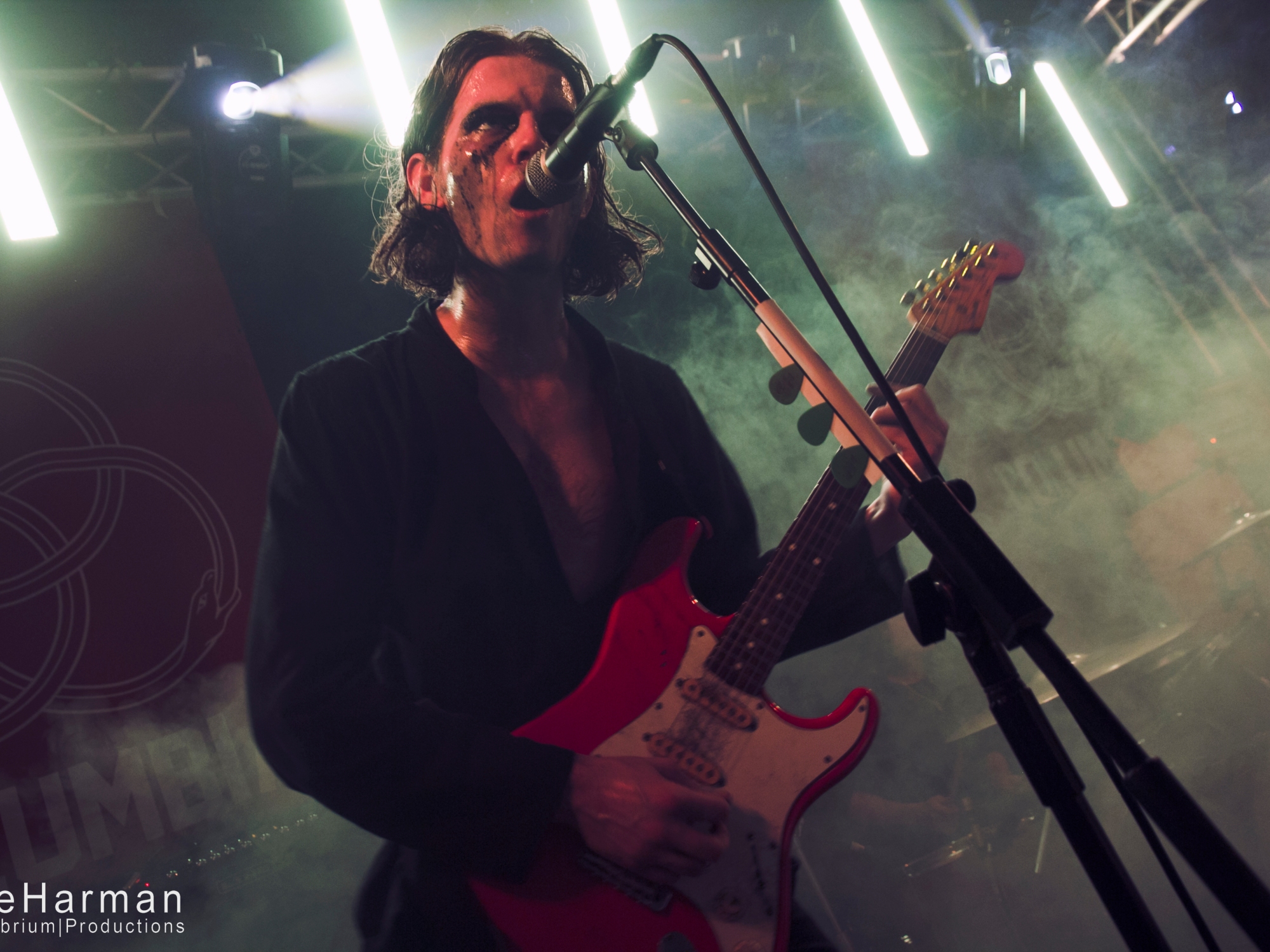 Could The Blinders be the most exciting upcoming bands around?
As part of a huge 22 date tour to support of their debut album ‘Columbia‘, The Doncaster trio relocated to Manchester a number of years ago to pursue their band’s aspirations which has led to them being one of the most promising bands around.
On a cold Monday night, they managed to keep the sell out Liverpool crowd in the palm of their hands the whole time. After Newton-Le-Willow’s band The K’s and White Rooms played to the audience, the stage is blacked out as a lengthy musical introduction mixes an ominous futuristic sounding manifesto with Gene Wilder’s Pure Imagination.
The band come out to the stage starting with album opener Gotta Get Through. It may be a small room but the sound from the stage reverberates through every jaw as the bass from Charlie McGough‘s bass shakes the floor.

Columbia contributes much to the bands setlist, loosely based around the concept of “an alternate world informed by reality,” wrapped around it’s own demonic twists. The songs are raw with some great riffs and the likes of Brave New World and Hate Song are already crowd pleasers, having been extensively featured as singles in recent months.
From their rapid progression from toilet venues to headlining the BBC Introducing stage at Reading & Leeds Festival, the band were the talk of Neighbourhood Weekender in May, but with literary references throughout their lyrics (‘Ballad of Winston Smith’ etc), on top of the hard rocking moments to get people jumping, it sets the band apart from many other lad-rockers.

It’s perhaps not for everyone but they’re perhaps the band that this country needs.

Photos can be found on our Flickr Profile here